I was standing on the beach yesterday in a ski jacket and gloves, and I could barely keep my camera in my hands because they were, pretty much, frozen.  There were like 10 inches of snow on the sand, except where the biting wind had swept it away, and there were about 20 hard-core Jersey guys out in the water.  They were covered head to toe in neoprene (or whatever wetsuits are made of these days) but they were out there in the 40-something-degree water and below-freezing air, getting some excellent rides.  Impressive. 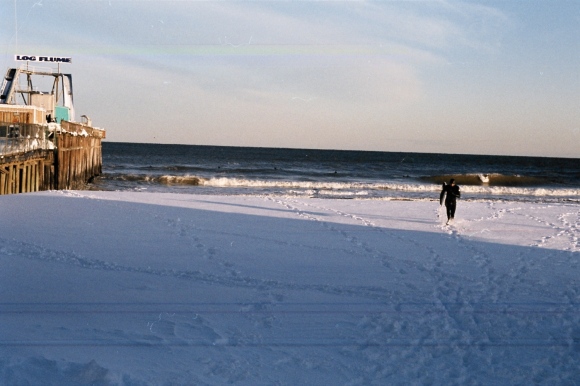 These guys were nice enough to let me take their photo.