“Do these things work?”

I looked around, surprised. I hadn’t realized that he was talking to me. I looked some more: Tall, teal eyes, nice kicks. He glanced at my phone.

Seattle (it’s not always rainy), Seattle (he was just visiting his brother)

“Are you flying directly?” I asked.

“I wish. Through San Francisco.”   END_OF_DOCUMENT_TOKEN_TO_BE_REPLACED

I’ve been in Singapore for 3.5 hours and it would be incredibly easy, if not for the fact that everything seems to require cash. money. dolla’ dolla’ bills, yo.

As a freelance journalist and gypsy, I probably rely [a little too heavily] upon worldwide acceptance of Visa cards in moments when bills that need to be paid eclipse invoices that have been paid. This is one of those moments.

Upon disembarking after my 11-hour flight from Auckland, I sent an email to the madre that stated, “I’m here! Got a new stamp in the ol’ passport, just waiting for my bag then heading to the city. Love you!” I collected said bag and discovered that I needed cash to buy a ride on the city shuttle. I needed SGD $9. With fear in my heart, I headed to the nearest ATM and my fears were realised when I saw that TD Bank had withdrawn its malevolent maintenance fee with laughably poor timing. Also, I hadn’t been paid in the previous 11 hours. In short, I was penniless. Literally. And I was stuck in the airport.

I happened to have some random international currency in my wallet and I pathetically exchanged five Aussie dollars and five U.S. dollars for a little more than 11 Singaporean bucks and slunk onto the shuttle. When I arrived at Pillows & Toast Heritage, I was reminded that I’d only booked the room with a deposit and–guess what! This hostel only accepts cash payments. Feck.

I was reduced to asking for a mini loan from my mum, which, I can tell you, does not feel good.

On the bright side, I can eat with chopsticks…

Someone recently told me that living this way is “risky biscuits.” I was like, “Yeah, heh.” And I merely thought, I’m gonna steal that turn of phrase. Today, as I contemplated purchasing strangers’ overpriced Frappuccinos in exchange for cold, hard cash, in order to escape the aeropuerto, I saw cookies in an utterly unappetising light. For the first time in the history of me.

Come on, lifestyle sponsor, where are you? 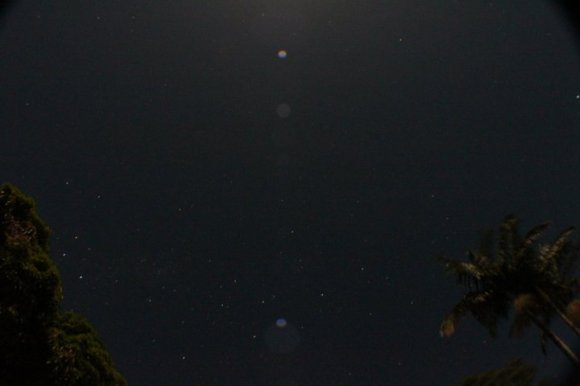 “The itinerary” for this trip has been a little on the dodgy side. When it exists, it does so only in weekly increments and only once I have made a reservation for something. Typically, it materializes as vague notations in my planner.

In the middle of the week, in the middle of February, I am considering a modified itinerary. The current version puts me in Byron Bay next week. I’ve already booked a place to stay, already reserved a bus seat. But the thing is, I met this guy.

But the other thing is, I want to spend a week in everyone’s favorite Aussie beach town before I have to be on the Goldie for the Quik Pro. Logic prevails and some uncivilized hour finds me stretching my legs in a gas station parking lot, after deciding that an oversized candy bar will make a fine substitute for actual food.

Twelve and a half hours is a very long time to spend on a bus–even when fortified by Milo bars. At least they showed a film on that bus. Do you know what it was? The First Wives’ Club.

Paddy, the genial proprietor of Byron Haven, has given me what I believe is an okay rate for a week in a studio in Byron: $650. He has also offered to fetch me and my many belongings (still no baggage charge!) from the bus along with his morning paper.

It’s still early and the room isn’t ready yet, so I walk into town and end up finding this great café. The waitress happens to be from Seattle. She’s living in a tent at one of the hostels. I feel like a yuppie, so I don’t tell her where I’m staying. She suggests I try BBQ sauce on my bacon, egg, and cheese. I must look skeptical because she says, “No, really, it’s delicious. Their BBQ sauce is different than ours and besides, it’s a very Australian thing to eat–you have to try it.” I’m surprised to discover that it’s scrumptious. She also tells me that I can pick up “wireless internet” (“Wifi” is met almost unanimously with “Ehh?”) at the Beach Hotel across the street. Thank you, Michelle!

When I get back to my pricey digs, I feel like even more of a snob and even less sorry for it. The studio is gigantic: Two king-sized beds, kitchen, flat screen… no roommates. Paddy asks if I need help with anything else. “Will you take a nap?” Half an inquiry, half a suggestion.

It is 80 degrees and sunny, and the waves are small but clean.

“Can you please tell me how to get to the beach?”

END_OF_DOCUMENT_TOKEN_TO_BE_REPLACED

The Trouble with Hostels

As I sit in Melbourne’s Tullamarine Airport, refusing to pay $6 for 30 minutes of wifi, and marveling that the explosive check guy asked if I was over 18, it also occurs to me that hostel people are a curious type. By “hostel people,” I mean people who genuinely like them. And by “curious,” I do not mean inquisitive.

I spent the last week in a hostel–my longest stretch yet. As you may have deduced, the word “snob” has been thrown at me from time to time: I fancy fancy beers and I don’t particularly enjoy sharing bedrooms with strangers. Judge me as you will. Anyway, I am calling seven nights in a four-person dorm a personal accomplishment. I wouldn’t say it was ace, but I wasn’t miserable. Sharing a room with three is better than sharing a room with five or nine. The Nunnery is clean and provides a [sparse] breakfast each morning. And there are lots of opportunities for socializing. The thing is, socializing can be frustrating in this setting, which basically amounts to an itinerant frat house.

Weirdly, my aversion has nothing to do with screaming, sloppy 20-year-olds. They’re fine. It has to do with the fact that people who stay in hostels always (okay, often) try to make your trip inferior to theirs. I had a guy from Indiana tell me, “Well, I’ve got the travel bug real bad.” As if my being on the other side of the planet–alone–isn’t proof enough that I enjoy traveling. Mind you, this was after he said, “You’re from Jersey and you haven’t fallen in love with anywhere here?” Let the record show that I merely said I haven’t [yet] found a spot in Oz where I’d be willing to work any random job to pay the rent.

I told another girl I’ll have spent a little over two months in Australia and she said, “Oh, a short little trip!”

There was an error retrieving images from Instagram. An attempt will be remade in a few minutes.